As anticipated, Google has started the slow rollout of an update that inducts its latest ranking signal Page Experience into the core algorithm.

The update which had been officially christened “Page Experience Update” will complete the rollout by August. However, to begin with, Google has confirmed that the immediate impact of the rollout can be seen in the results that appear in the Top Stories.

What we know is the page experience ranking factor will not play a vital role at least till August. That means, if you are still working on improving the Core Web Vitals metrics, you have two more months to complete the process.

Google has also confirmed that the page experience update is not going to make a massive difference in the rankings because it’s just one of the many factors that decide which page to rank.

The Page Experrice Update will be part of the larger segment of Google Algorithm that includes other ranking elements such as Mobile-Friendly, Safe Browsing, HTTPS, and No Intrusive Interstitials. Combined, these are called User Experience signals.

We are also expecting Google to do away with the AMP badge on the search results page and replace it with something that lets users identify content that offers a great user experience.

We will keep you posted when Google announces more implications of the Page Experience Update Rollout.

Google has announced that it has started the rollout of the most anticipated and the first broad core update of 2021 – June 2021 Core Update.

The last time Google announced a core update was back in December. Even though the rollout of the core updates followed a pattern for three months, Google decided to break it this time and took 6 months to rollout the latest update.

According to the announcement of Google Search Liason’s official Twitter handle, the rollout has already started and will take a few days to complete.

It has to be also noted that Google is rolling out this update in parts. According to the official statement, some of the proposed update modules are not yet ready and this has forced the team to rollout a partial update this time.

However, Google confirms that another Core Update will be rolled out next month which will be called the July 2021 Core Update.

You can expect a reshuffling of SERP rankings within a few days due to the impact of the update. This is normal as Google is trying to make the top search results more relevant to the users.

If you find a dip in rankings, make sure to update the content by adding more relevance and authoritativeness. Please keep in mind that the update is not focused on links or any other aspect but is purely based on the search relevance.

We did a quick check on different algorithm trackers and were surprised to find no major fluctuations during the first few houses after the launch.

However, the sensors started spiking up on June 3rd night with the peak being observed on June 4th. The roll out is not yet complete and we expect it to take another week.

Also, it must be noted that there usually is a roll back update that happens after a week or two after the completion of the broad core updates. If you are seeing major fluctuations in your rankings, we recommend waiting till then before making incremental changes to the website. 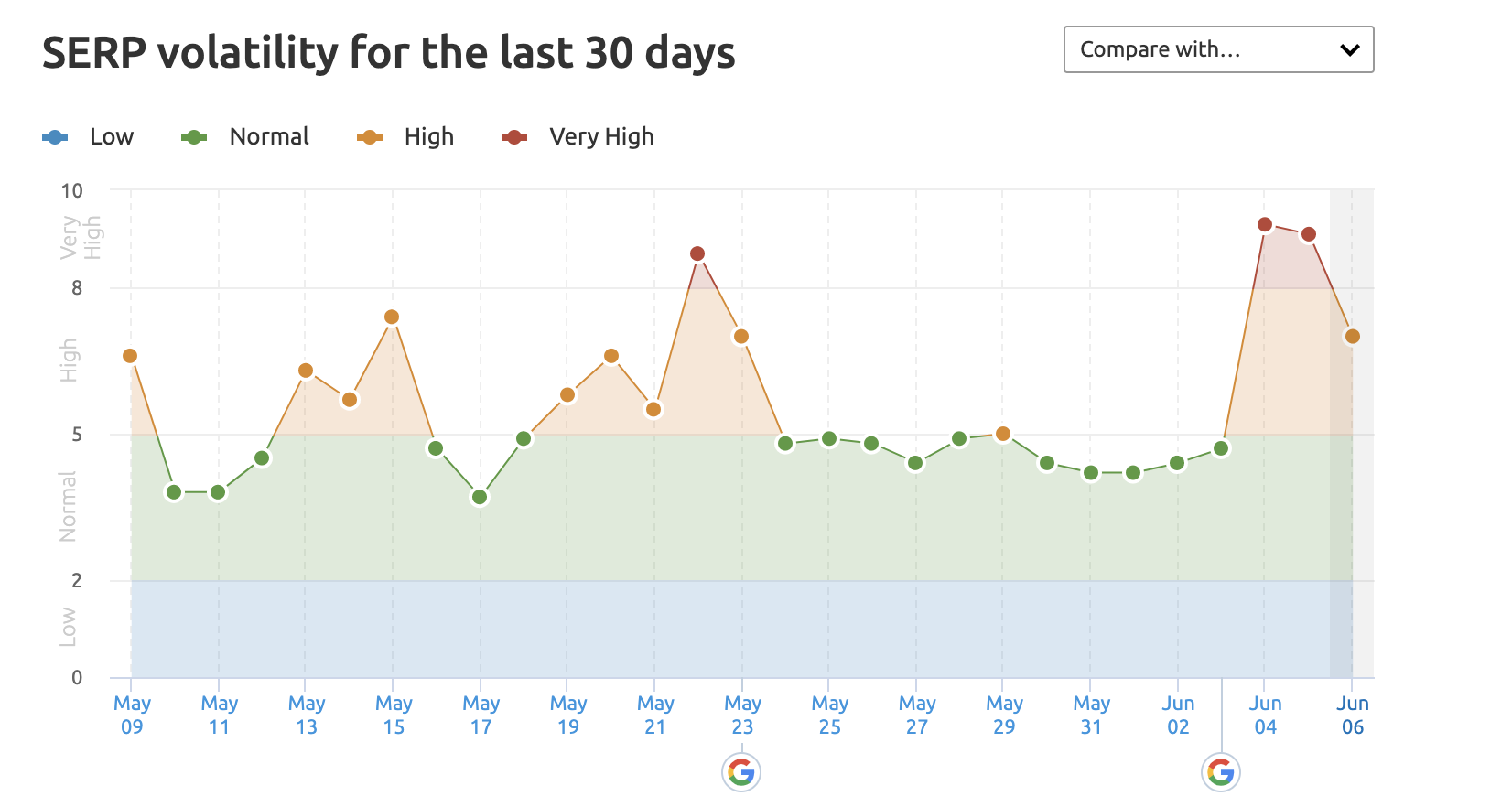